Yup, I checked with my brothers, both IT guys out in California, and they agree that it’s the hard drive trying to read, and the arms striking the stops... so it’s toast.
But, I had a good run... about 14 years... and since it was an XP system, it out-lasted several Windows operating systems.
I’m well into my seventies, and physically pretty beat up; I’ve survived one heart attack and five or six operations on my spine trying to repair and strengthen a bunch of dilapidated vertebrae. Both of my hips have been replaced, and frankly, I’m pretty much in the same condition as my 140,000 mile car... almost JY-ready.
I decided to just replace the HP “tower” with something as simple and cost-effective as I could find; my monitor still works, so I bought a new HP Slim Desktop PC... it’s got a 500GB hard drive, 4GB sys mem, and Windows 10. I hope it’s all I’ll ever need.
And I can stop trying to use a smartphone as a sub for a real computer... wish me luck. Hopefully, my family can use it to write my eulogy and epitaph.

Okay, I think I have this new computer up and running...
I gotta get used to this new mouse... it's too quick for these tired old fingers...
And I gotta get a shyt-ton of data ported over from my back-up...

Well that's good to hear. I was just talking to someone who had a drive die, sent it off to a recovery place, they retrieved that data then asked for ~$1000. So much for that stuff.

Thanks, Ben... I did manage to get that taken care of.

But this WIN 10 is so different from XP... I can't find ANYTHING... or figure out how to do what I was used to doing on XP... saving favorite websites, saving and finding data, pictures, etc... totally different and confusing experience.

I wish you all the good luck in the world, Mr. BlueJay. I hope you won't have to endure the experience I've had with purchasing a new computerized tool.

That said, I spent the afternoon and evening visiting/playing with six of my grandkids... and I (we) learned that we might have had one more in about 4 months, but God ("Mother Nature" for you atheists) had other plans for that little one

; my son & D-I-L named the mis-carried child "Chris," since they didn't learn the gender, and it's a 2-gender name.

This weekend I gathered up some old electronics from storage and set them up in a sort of display.
It's kinda fun playing around with things from 20+ years ago.
The tape player I picked up this weekend for $4 at a local thrift shop, and I might start a mini Hi-Fi build with it. 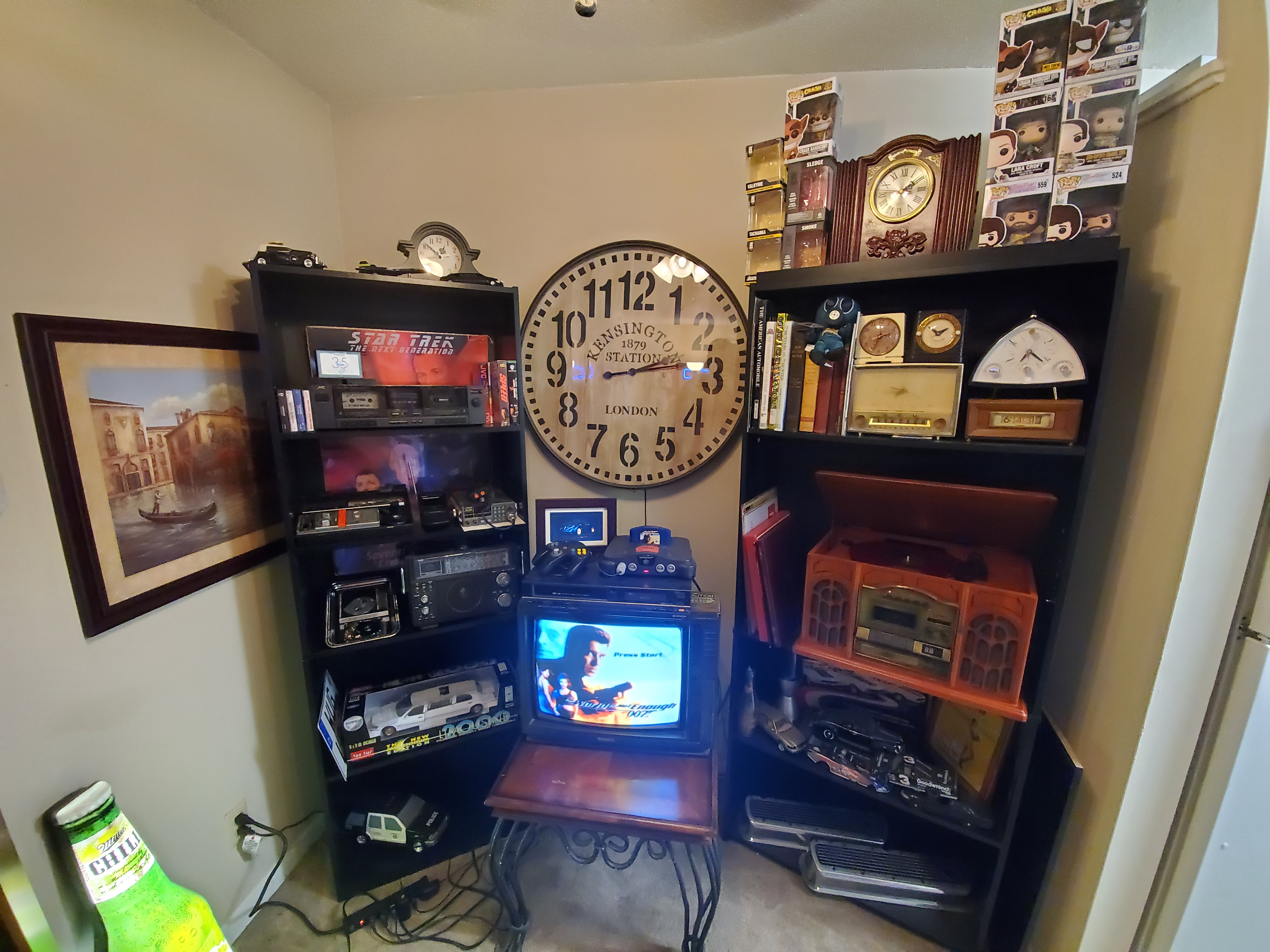 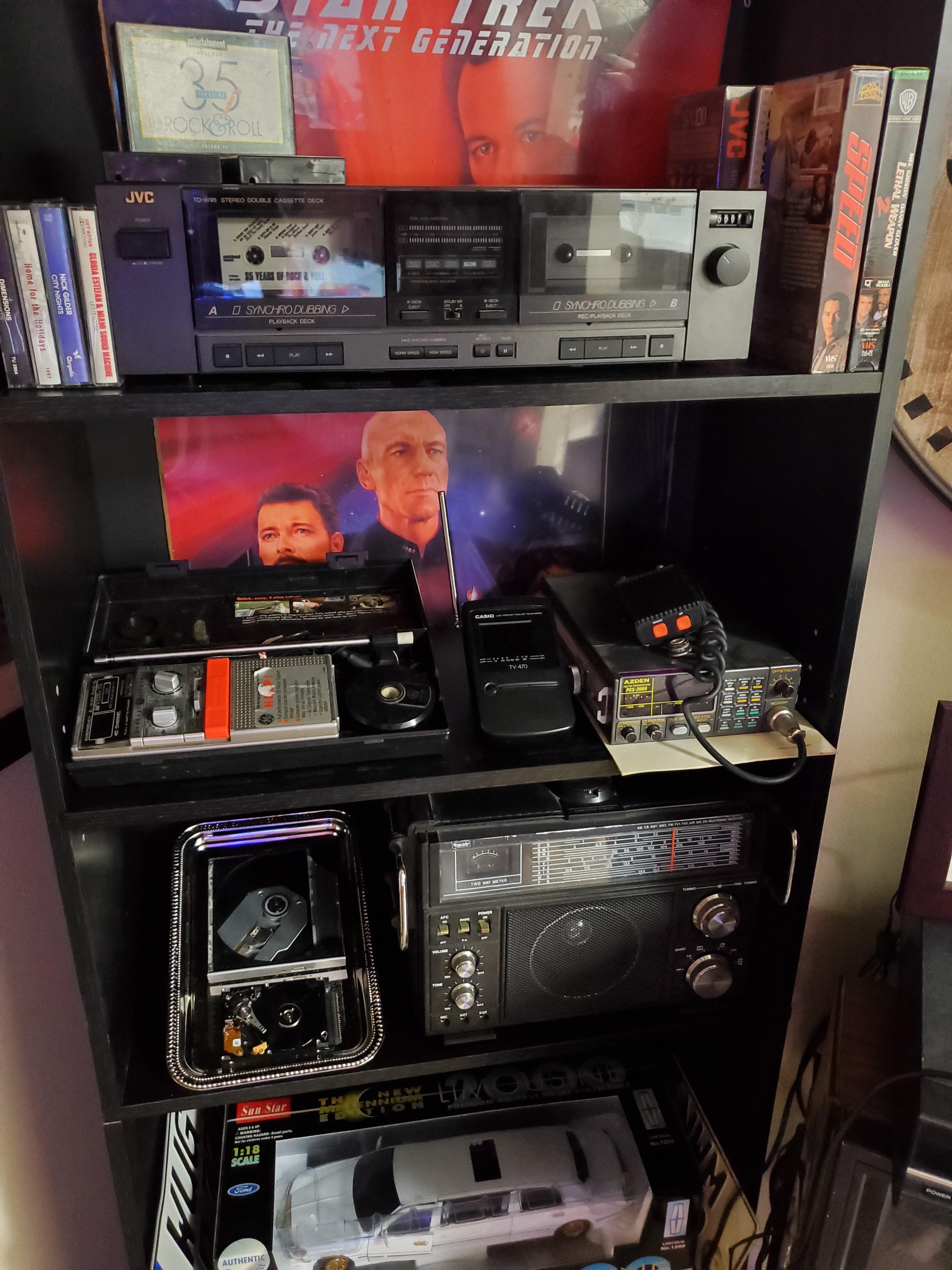 Typed out a little document and saved it to my desktop under the title If I Die.

I was just coming back from the bank and was going out to look at the pool when my phone rang. Susan called me and told me that she had just gotten rear-ended on the 290 near my exit. So I asked her if she could bring it over to the house and I'd look at it. 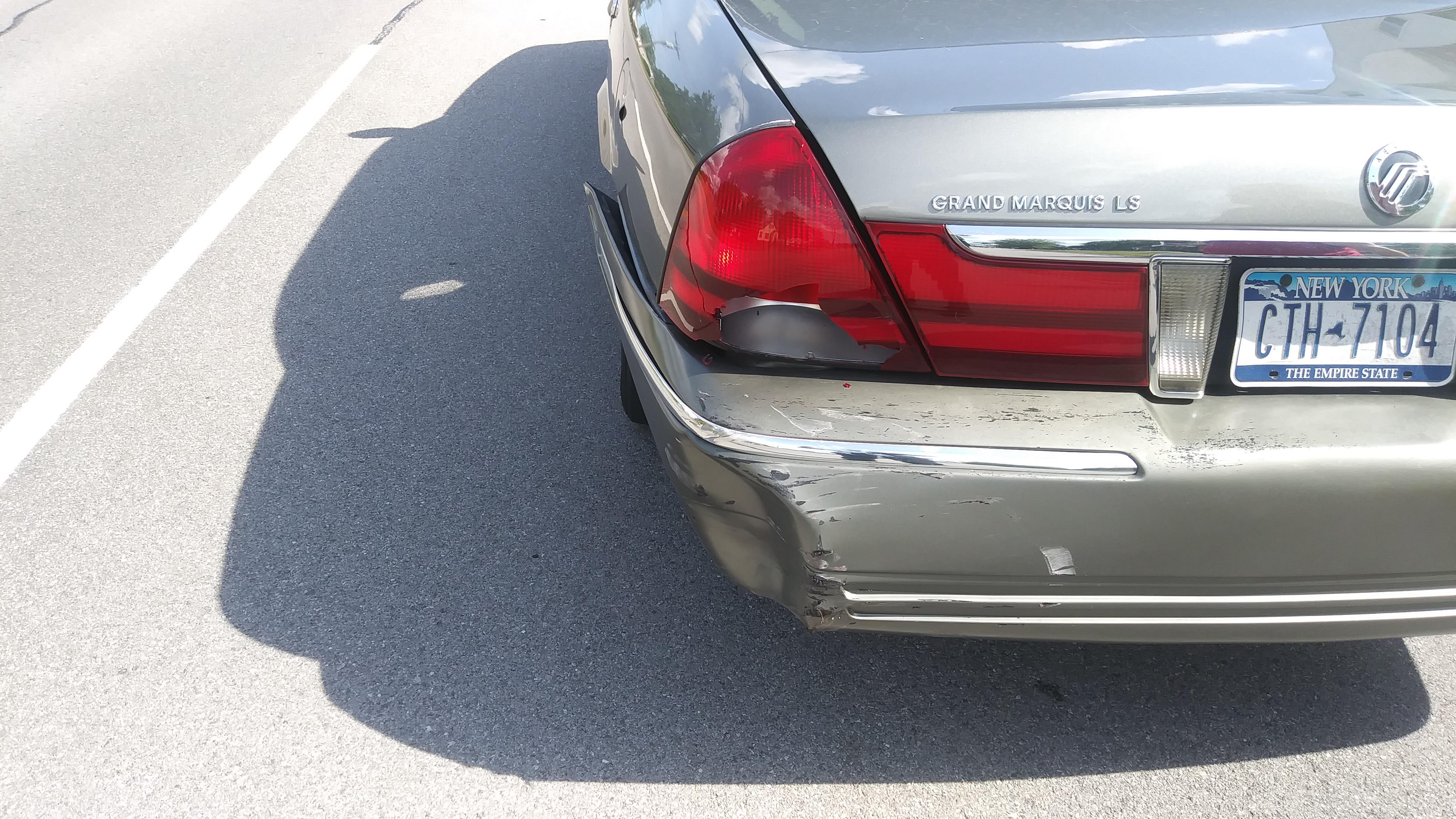 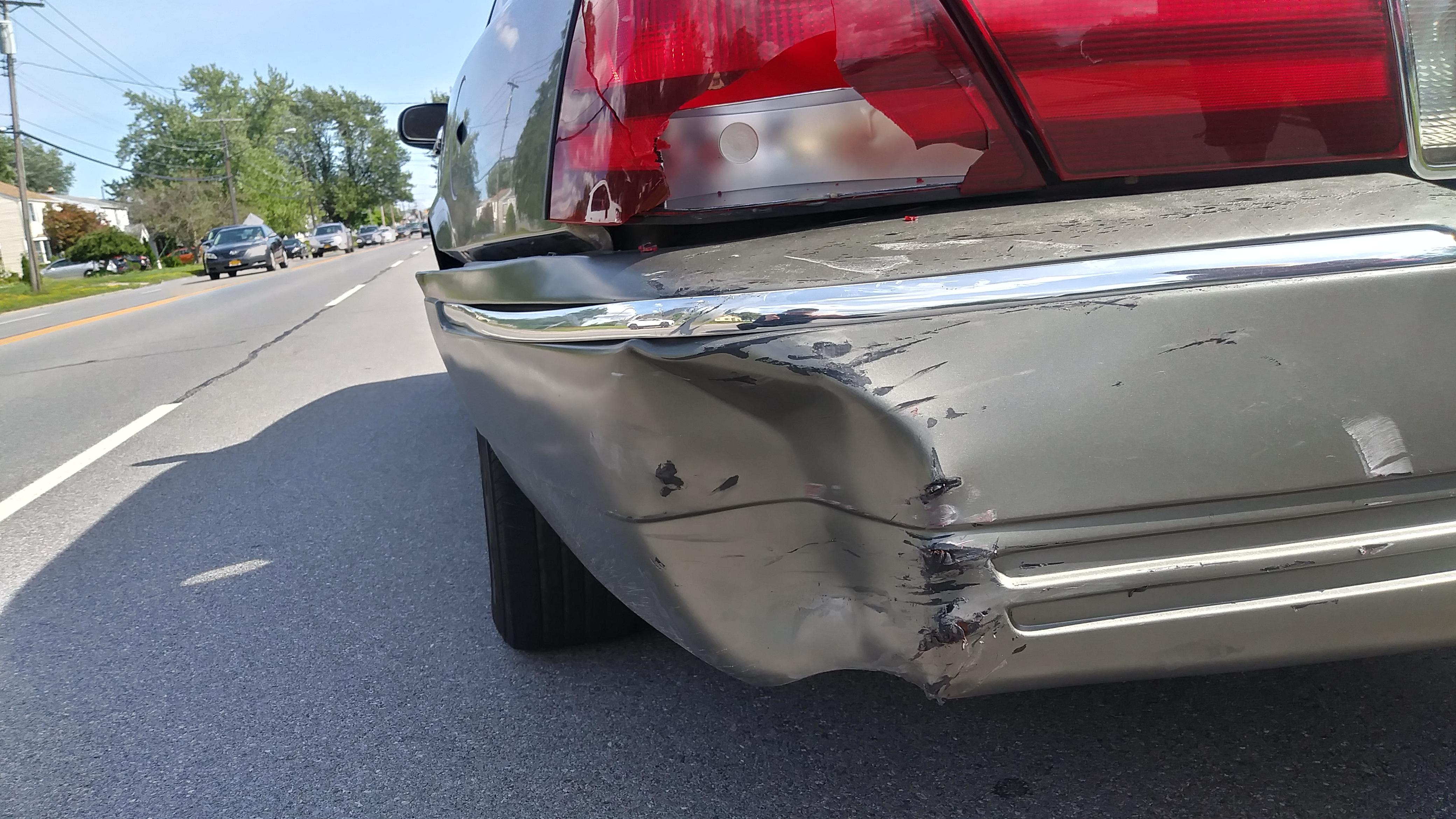 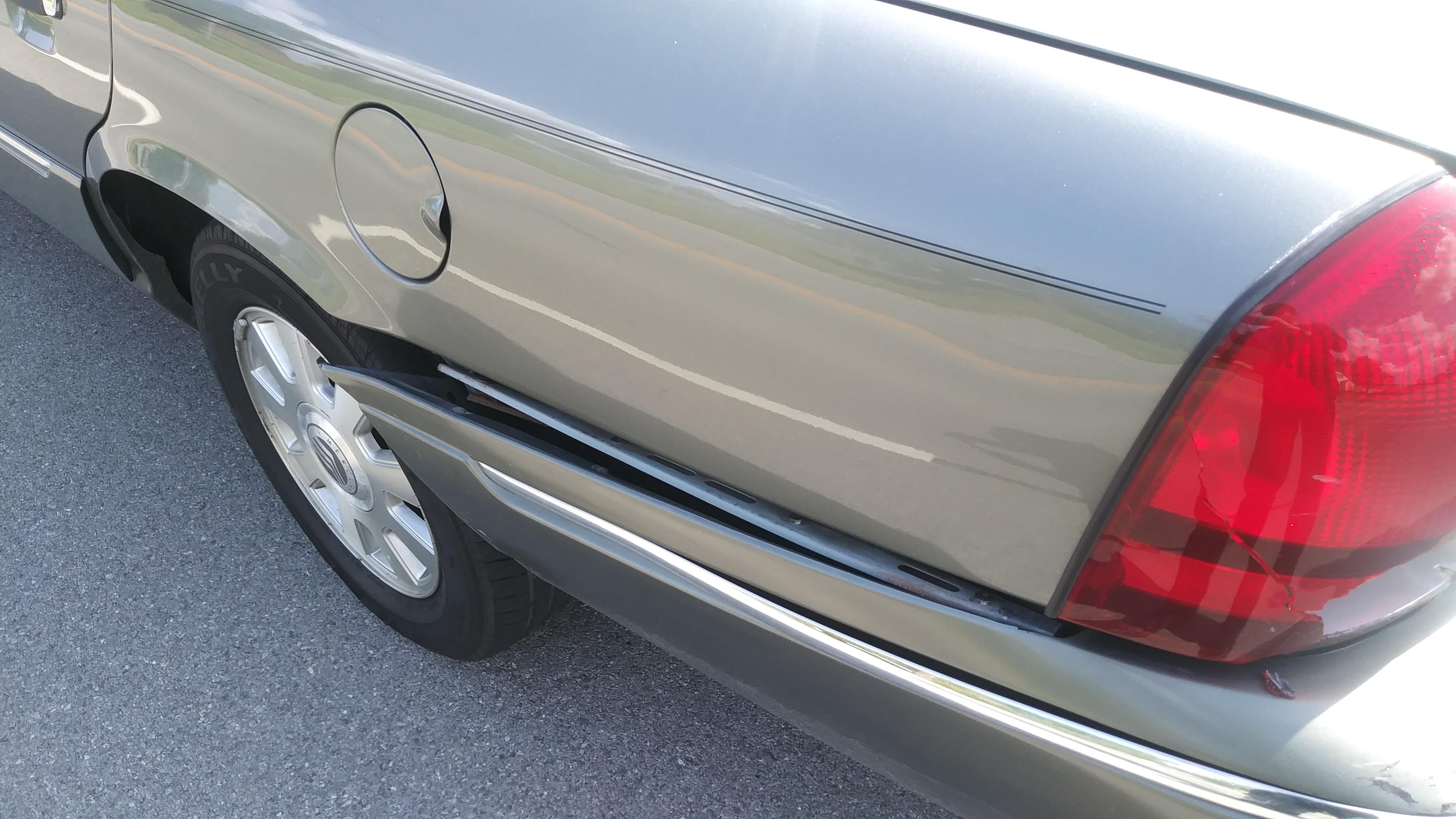 The bumper cover and the lens have had it, and it looks like the quarter panel may be tweaked, but I don't think there's anything too serious.

She texted me today, and called me while I was watching Chicago P.D. tonight. They originally told her it was about $830 worth of damage, but now they're saying it close to $2000. They say it might not be ready until the 24th. They gave her this shitty rental Hyundai, compact car, whatever it is. My dad was none too happy about that.
2008 Grand Marquis - bought 7/29/16 - 60,210 mi
Inagural CVNw POTM - December 2018

bluejay_32 wrote: ↑
September 12th, 2019, 11:00 pm
She texted me today, and called me while I was watching Chicago P.D. tonight. They originally told her it was about $830 worth of damage, but now they're saying it close to $2000. They say it might not be ready until the 24th. They gave her this shitty rental Hyundai, compact car, whatever it is. My dad was none too happy about that.

There must be one hella bunch of damage hiding behind that bumper cover...

A few years ago, a guy rear-ended me lightly, and the bumper cover was wrinkled in a few spots... the Ford dealership's body shop replaced the rear bumper cover (with a genuine factory part, not a repop) and the total bill was ~$975 to $1000 as I recall. I could look it up, if you'd like. But it was all cosmetic surface damage... there was no damage behind the cover... so, parts, labor and paint was the total bill submitted to the perp's insurance.

Your initial quote of $830 sounds about right for an aftermarket bumper with paint and a new taillight... unless there's a bunch of wrinkled sheet metal in the quarter panel.

Some organization and decorating. 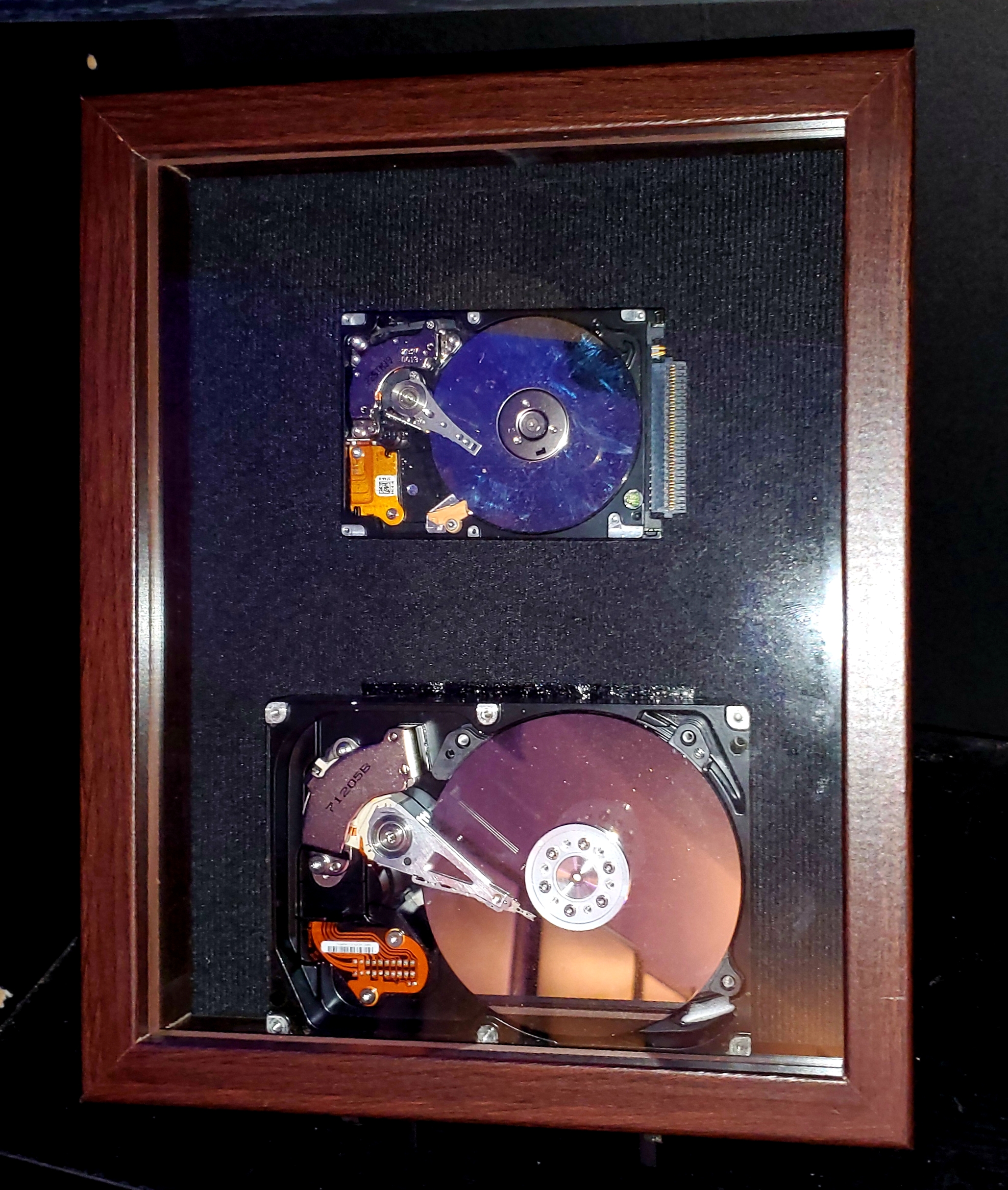 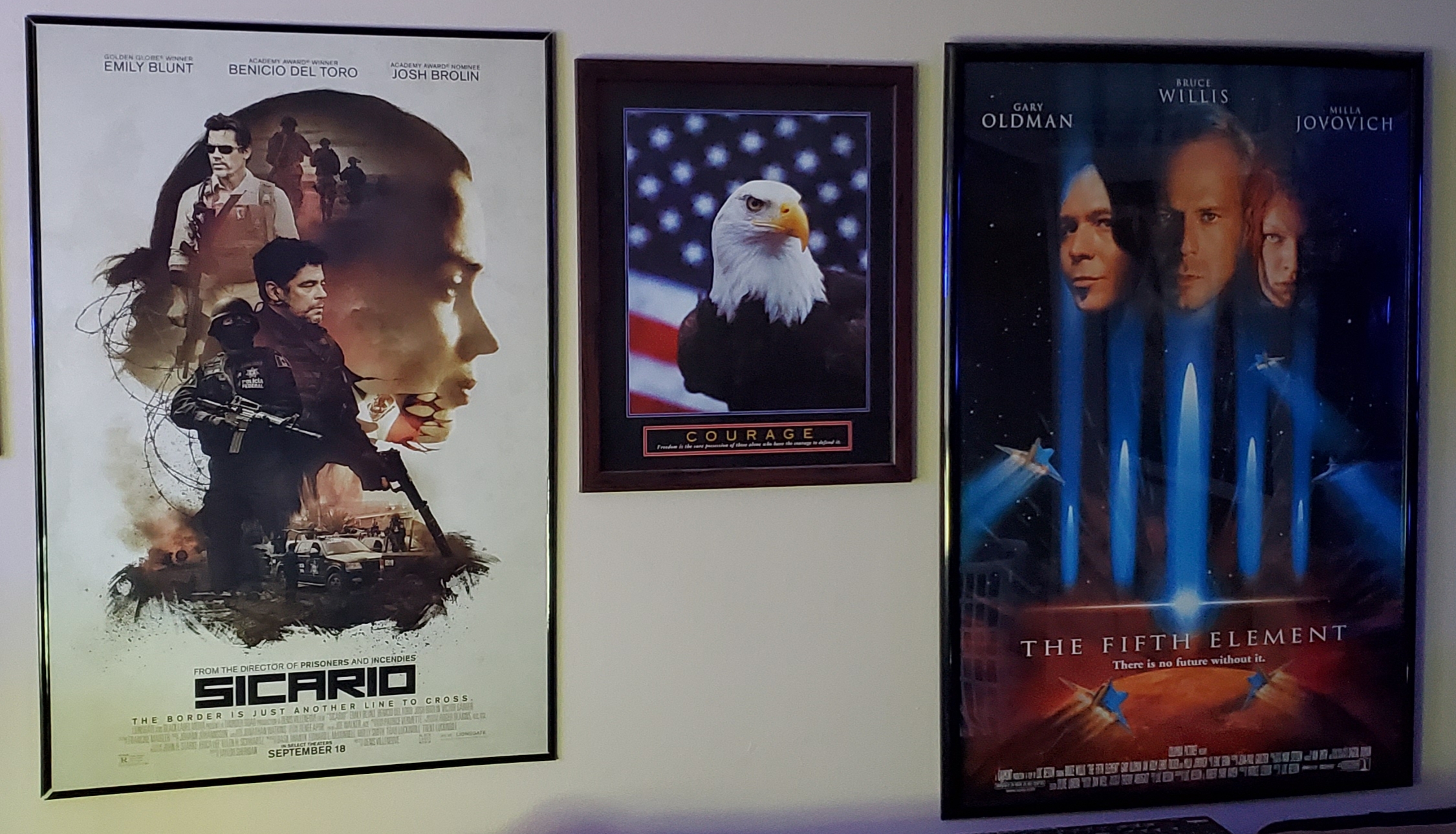 Also got a hold of speakers and a receiver for cheap. 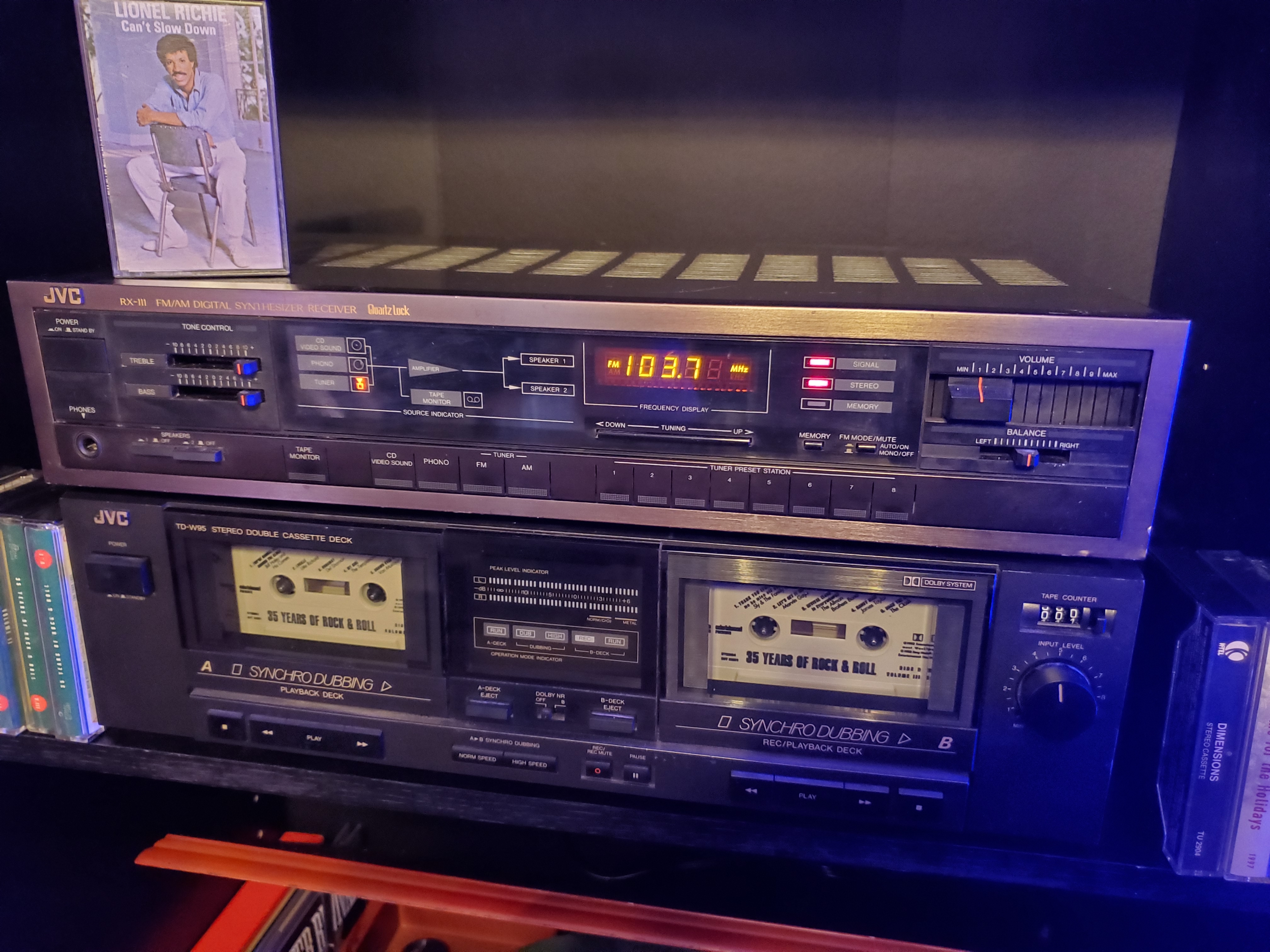